Inspiring & Motivating people to create their own adventures & live a life they want. 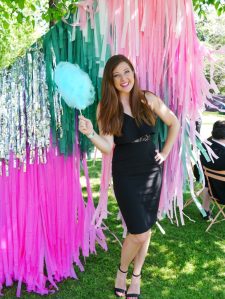 “Where are you from?”

“Where are you going next?”

“How long you’ve been here?”

“How long are you traveling for?”

Do those questions sound familiar? I know them all too well – they are the icebreaker questions you use all the time when meeting new people while traveling. They are easiest way to start a conversation and they lead to opening up to amazing people but sometimes they can also be the end of a conversation quite quickly.

Brittany, The Sweet Wanderlust, originally from Texas sold all her possessions to travel. Just like every single one of us who travels for a long period of time, we encounter challenges and learn a lot about ourselves and the people around us.

Brittany is the type of girl you will spot having a deep meaningful conversation with someone she connected to at a party and is not much for small talk. When she traveled in an spot for a short period of time, the icebreaker questions were used all the time and the conversations covered surface level. For the locations where she stayed longer, she began making friends with other travelers and every time she had to say goodbye, her heart broke and knew that she may never see them again. Her guard went up therefore she rarely allowed herself to become close with others as goodbyes were always hard.

And then there was Queenstown. The first place she had stayed longer than a month where she worked at a pastry shop and lived at a hostel. She met an incredible community where she opened up her heart to letting people in. She did not even think about the fact that she would have to say goodbye to them eventually. The time did come and it was the hardest one.

It was not a goodbye though, it was a see you later. Within one year after she left Queenstown, she reconnected with them in Germany, Australia, Scotland & London. She realized that the fear of goodbyes had held her back but not anymore.

“Time and time again, love wins. And so as I sit on a bus riding away from Exmouth, Western Australia and the community of surfers, divers, cowgirls, chefs, church-goers and fun-time friends, I’m grateful for the choice to open up and choose to love fully and be in the moment.”